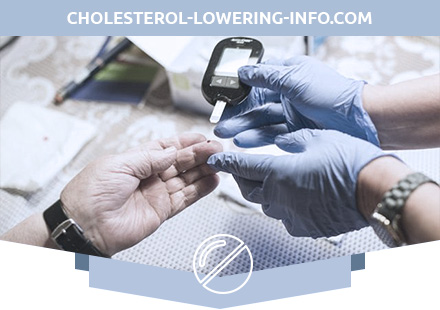 Lactacidemic coma is associated with the highest mortality rate – mortality can reach 80%. The state of lactic acidosis can be ascertained when the level of lactic acid in the blood plasma exceeds 5 mmol / l and the pH of the arterial blood drops below 7.2. Lactacidemic coma is not a specific acute complication of diabetes mellitus and can develop in a number of conditions in which the phenomena of anorexia and shock are noted (myocardial infarction, liver, kidney disease, leukemia, enzymatic disorders, and others).

The development of lactacidemic coma is a rare and severe complication. Its occurrence is possible in patients with diabetes mellitus with concomitant diseases of the cardiovascular system, liver, kidneys, with severe forms of shock, anemia, treatment with salicylates, ethanol or methanol poisoning.

The pathogenesis of lactacidemic coma is caused by high glycemia against the background of insulin deficiency, in response to a massive release of catecholamines into the blood. Insulin deficiency contributes to the accumulation of pyruvic acid, the excess of which, in turn, causes an increase in the production of lactic acid, and the oxygen deficiency, which is inevitable in this situation, complicates the conversion of pyruvate into acetyl CoA. In addition, catecholamines activate anaerobic glycolysis, which increases the conversion of pyruvate to lactate. As a result, a large amount of pyruvate and lactate accumulates, which causes the rapid development of lactic acidosis, characterized by a large deficiency of bicarbonate buffers, the main danger of which is the suppression of the functions of the cardiovascular system with the development of bradycardia and a drop in the cardiac output. In addition, with lactic acidosis, a blockade of adrenergic receptors of the heart and blood vessels occurs, the chronotropic and constrictive action of catecholamines is impaired, which ultimately can lead to irreversible shock.

The clinic of lactacidemic coma develops quickly, within a few hours. Less often, a slow development of this condition is possible, which will manifest itself as a gradual increase in loss of appetite, the appearance of nausea, abdominal pain, vomiting, muscle weakness, muscle pain during exertion, apathy, drowsiness or insomnia. Perhaps the occurrence of psychomotor agitation, the appearance of delirium. In the absence of treatment, the patient falls into a coma. There are clinical signs of dehydration. Breathing becomes deep, noisy, like Kussmaul. Tachycardia, hypotension are noted.

Diagnostics of the Lactacidemic Coma

Laboratory diagnostics of lactacidemic coma is based on the determination of a high level of pyruvate, lactate (the norm is 0.62-1.3 mmol / l) and mixing of acid base balance indicators in the acidic side.