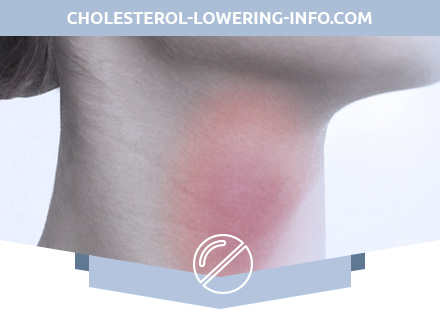 What is Diffuse (Endemic) Goiter?

The normal growth and development of a person depends on the proper functioning of the endocrine system, in particular on the activity of the thyroid gland. Chronic iodine deficiency leads to proliferation of gland tissue and a change in its functional capabilities.

The main reason for the development of endemic goiter is the insufficient intake of iodine in the body.

Iodine is a trace element necessary for the biosynthesis of thyroid hormones – thyroxine and triiodothyronine. Iodine enters the human body with food, water, air. 90% of the daily need for iodine is provided by food, 4-5% – water, about 4-5% – comes with air. Iodine is found in fish, meat, seaweed, shrimp and other products of the sea, milk and dairy products, water, including mineral, iodized table salt, buckwheat and oatmeal, beans, lettuce, beets, grapes, milk chocolate, eggs, potatoes.

When iodine is ingested in smaller quantities than the required daily requirement, a compensatory increase in the thyroid gland develops, i.e., goiter.

Distinguish between absolute iodine deficiency (i.e., deficiency of iodine intake with food and water) and relative iodine deficiency, caused not by iodine deficiency in the environment and food, but by diseases of the gastrointestinal tract and impaired iodine absorption in the intestine, some iodine blockade of the thyroid gland drugs (cordarone, potassium perchlorate, nitrates, lithium carbonate, sulfonamides, some antibiotics), a congenital defect in the thyroid hormone biosynthesis eze.

Factors predisposing to the development of endemic goiter:

A reflection of adaptive mechanisms developing in conditions of goiter endemic is also an increase in the formation of T3 from T4.

With prolonged iodine deficiency, not only hyperplasia and hypertrophy of thyroid cells develop, but also their focal dystrophy, necrobiosis, and sclerosis. Hormonally inactive compounds (thyroalbumin, etc.) appear in the blood of patients, which helps to reduce the synthesis of thyroxin, increase the level of thyrotropin and further growth of the thyroid gland and the formation of nodes in it.

2. Of great importance in the development of goiter is also the insufficient synthesis of thyroglobulin in endemic areas, which leads to insufficient formation of thyroxine.

It has been established that already in the initial stages of endemic goiter, there is latent or subclinical (“chemical”) hypothyroidism, which contributes to the further growth of goiter and the formation of nodular forms.

Symptoms of an endemic goiter are determined by the shape, size of the goiter, and the functional state of the thyroid gland. Even with an euthyroid state, patients can complain of general weakness, fatigue, headache, discomfort in the heart. Typically, these complaints appear with large degrees of enlargement of the gland and reflect functional disorders of the nervous and cardiovascular systems.

With an increase in goiter and compression of the adjacent organs, complaints appear about a feeling of pressure in the neck, more pronounced in the supine position, shortness of breath, sometimes swallowing, with compression of the trachea there may be asthma attacks, dry cough. The enlarged thyroid gland is moderately dense.
Distinguish diffuse, nodular and mixed forms of goiter.

In addition to the usual location of the goiter on the anterior surface of the neck, its atypical localization is found: sternal, annular (around the trachea), sublingual, lingual, tracheal, from the additional elements of the thyroid gland.
Depending on the functional state of the thyroid gland, euthyroid and hypothyroid goiter are distinguished. 70-80% of patients have an euthyroid state.

One of the most severe manifestations of hypothyroidism in endemic goiter is cretinism, the clinical symptoms of which begin in childhood. Characteristic signs of cretinism are pronounced hypothyroidism, marked lag in physical, mental, mental, intellectual development, short stature, tongue-tied, sometimes deaf-mute, delayed bone maturation.

Complications of an endemic goiter, as a rule, develop with large degrees of enlargement of the thyroid gland:

The tactics of treatment of endemic goiter largely depends on the degree of enlargement of the thyroid gland and the state of gland function. With a small increase in the size of the gland (goiter of the first degree), they are usually limited to the appointment of potassium iodide, a necessarily intermittent course, of products rich in iodine.

Prevention of endemic goiter is massive and individual.

Mass prophylaxis of goiter is the addition of potassium iodate to sodium chloride – iodization. 20-40 g of potassium iodate are added per ton of sodium chloride. Such table salt should not be stored for more than the period indicated on the package, since iodine salts are destroyed, the same happens when the salt is stored in a humid atmosphere. It is necessary to salt food after cooking. When heated, iodine evaporates.