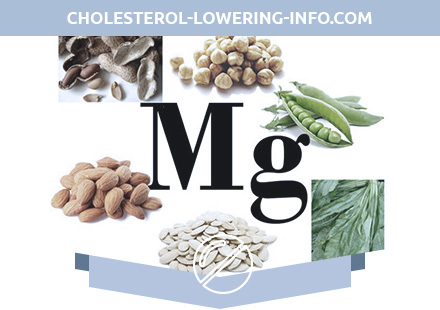 What is Magnesium Deficiency?

In recent years, close attention of researchers in various fields of clinical medicine has been attracted to the problem of magnesium deficiency and its role in the formation of various pathological conditions and pathological processes of the human body.

The normal level of magnesium in the human body is recognized as the fundamental constant that controls human health. Among the cations present in the human body, magnesium (Mg2 +) takes the fourth place in concentration, and the second after the potassium among other cations (potassium, sodium, calcium) inside the cell.

In humans, the distribution of magnesium reserves has its own characteristics: about 60% of the total magnesium content is in bone tissue, dentin and tooth enamel; 20% – in tissues with high metabolic activity (heart, muscle cells, liver, adrenal glands, kidneys); 20% – in the brain and nerve tissue; and only 0.3% is plasma.

It was found that 90% of magnesium ions is concentrated inside the cells in the form of a phosphate bond – “Mg2 + – ATP” (30% in mitochondria, 50% in cytosol, 10% in the cell nucleus) and only 10% of the total amount of magnesium in the human body cells.

Currently, the presence of more than 290 genes and protein compounds in the sequence of the human genome, which are able to bind Mg2 + as a co-factor of many enzymes involved in more than 300 intracellular biochemical reactions, has been established. Mg2 + is a natural physiological antagonist of Ca2 +; a universal regulator of biochemical and physiological processes in the body, provides ATP hydrolysis, inhibiting the dissociation of oxidation and phosphorylation; regulates glycolysis, lactate accumulation; promotes the fixation of K + in cells, providing polarization of cell membranes, controls the spontaneous electrical activity of nerve tissue and the conduction system of the heart; controls the normal functioning of the cardiomyocyte at all levels of cellular and subcellular structures, being a universal cardioprotector.

According to etiology, primary and secondary “magnesium deficiency” are distinguished.

Primary (constitutional, latent) “magnesium deficiency” – due to defects in the genes responsible for the transmembrane exchange of magnesium in the body, is clinically manifested by convulsive syndrome (spasmophilia), “constitutional tetany” or “normal calcium tetany” against the background of normal serum Mg2 + content.

The causes of “magnesium deficiency” associated with pathological processes:

In terms of the specific gravity in the chemical composition of the human body, magnesium takes the fourth place after sodium, potassium and calcium, its total content reaches 25 g, and almost all magnesium is an intracellular cation. Magnesium is an obligatory cofactor for more than three hundred enzymes that regulate various body functions.

Magnesium plays a leading role in energy, plastic and electrolyte metabolism, acts as a regulator of cell growth, and is necessary at all stages of the synthesis of protein molecules. In particular, the normal functioning of ribosomes and the binding of information RNA, a key mechanism of protein biosynthesis, depend on the presence of a sufficient amount of magnesium in the body. In addition, magnesium takes part in the metabolism of phosphorus, ATP synthesis, regulation of glycolysis, building bone tissue, etc.

Of particular importance is the role of magnesium in membrane transport processes, where it is a natural calcium antagonist. Magnesium contributes to the inhibition of contractile activity of smooth and transverse muscles due to the relaxation of individual cells (myocytes) by blocking the calcium-dependent interaction of contractile proteins.

Finally, the most important role of magnesium is that it serves as a natural anti-stress factor, inhibits the development of excitation processes in the central nervous system and reduces the body’s sensitivity to external influences.

According to some researchers, 25-30% of the US population has an insufficient intake of magnesium from food. To a large extent, this is due to modern food processing technologies and the use of mineral fertilizers in the cultivation of vegetables, leading to a deficiency of magnesium in the soil and, accordingly, in plant products. In addition, the cause of magnesium deficiency can be an excess of calcium in food, alcoholism, the use of diuretics, malnutrition, absorption in the small intestine (infectious and inflammatory diseases: enteritis, gastroenteritis), endocrine pathology (diabetes mellitus, hypersecretion of aldosterone and thyroid hormones), chronic stress, athletic stress, and pregnancy and lactation.

Even from the list of causes of magnesium deficiency, it can be concluded about its prevalence. Currently, the role of magnesium deficiency in the development of various forms of pathology has been proven: cardiovascular (arterial hypertension, arrhythmias, coronary heart disease), endocrine (diabetes mellitus), neuropsychiatric (depression, dizziness, migraine, memory disorders, convulsive syndrome).

Signs of Magnesium Deficiency in the Body

In case of insufficient intake of magnesium in the body, it is necessary to avoid mental and nervous overloads, increase the consumption of foods with a high content of magnesium, limit the intake of pharmaceuticals, and conduct drainage therapy (with an excess of toxic microelements in the body, e.g. lead, cadmium, nickel).

With a lack of magnesium in the body, you can replenish its reserves by taking magnesium-containing dietary supplements and drugs (magnesium asparaginate, magnesium citrate, combined preparations of magnesium salts and B vitamins, and first of all B 5), dolomite, bischofite, and products of other mineral sources, including and calcium-magnesium mineral waters.

In a laboratory-confirmed state of excess magnesium in the body, magnesium-containing ones are canceled and calcium-containing dietary supplements and drugs are prescribed. It is also possible to use preparations of manganese, cobalt and the use of symptomatic treatment.