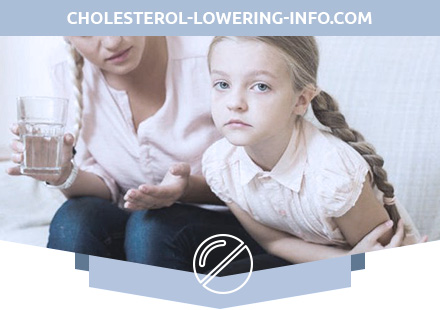 Type I glycogenosis is a disease described by Girke in 1929, but Cory only discovered the enzyme defect in 1952. Type I glycogenosis occurs in 1 out of 200,000 newborns. The incidence of boys and girls is the same. Autosomal recessive inheritance. With type I glycogenosis (Girke’s disease), the liver and convoluted renal tubule cells are filled with glycogen, however, these reserves are inaccessible: this is indicated by hypoglycemia, as well as the absence of an increase in blood glucose in response to adrenaline and glucagon. Typically, these patients develop ketosis and hyperlipemia, which is generally characteristic of the state of the body with a lack of carbohydrates. In the liver, kidneys and intestinal tissues, glucose-6-phosphatase activity is either extremely low or completely absent.

The disease is caused by defects in the liver enzyme system, which converts glucose-6-phosphate into glucose. Both glycogenolysis and gluconeogenesis are disrupted, which leads to fasting hypoglycemia with lactic acidosis, hyperuricemia and hypertriglyceridemia. An excess of glycogen accumulates in the liver.

The clinical manifestations of type I glycogenosis in newborns, infants and older children are not the same. The reason is the difference in diet and diet in these age groups.

Sometimes in the first days and weeks of life, hypoglycemia of starvation occurs, but in most cases the disease is asymptomatic, since the infant often eats and receives sufficient glucose. Often, the disease is diagnosed a few months after birth, when the baby is found to have an increase in the abdomen and hepatomegaly. There are shortness of breath and low-grade fever without signs of infection. Shortness of breath is caused by hypoglycemia and lactic acidosis due to insufficient glucose production. When the intervals between feedings increase and the baby begins to sleep at night, symptoms of hypoglycemia appear, especially in the morning. The severity and duration of hypoglycemia gradually increase, which leads to systemic metabolic disorders.

If treatment is not carried out, the appearance of the child changes. Muscle and skeleton malnutrition, growth retardation and physical development, fat deposition under the skin are characteristic. A child becomes like a patient with Cushing’s syndrome. The development of cognitive and social skills does not suffer, unless repeated attacks of hypoglycemia cause damage to the brain. If the child does not receive enough carbohydrates and hypoglycemia of starvation persists, then growth retardation and physical development become pronounced. Some children with type I glycogenosis die from pulmonary hypertension.

Platelet dysfunction is manifested by repeated nosebleeds or bleeding after dental and other surgical interventions. There are impaired platelet adhesion and aggregation; the release of ADP from platelets in response to adrenaline and contact with collagen is also impaired. Thrombocytopathy is caused by systemic metabolic disorders; after treatment, it disappears.

Ultrasound and excretory urography reveal an increase in kidneys. In most patients, pronounced renal dysfunction does not happen, only an increase in GFR (glomerular filtration rate) is noted. In very severe cases, tubulopathy may develop with glucosuria, phosphaturia, hypokalemia and aminoaciduria (as in Fanconi’s syndrome). Albuminuria is sometimes observed in adolescents, and young people often develop severe kidney damage with proteinuria, an increase in blood pressure (arterial pressure) and a decrease in creatinine clearance due to focal segmental glomerulosclerosis and interstitial fibrosis. These disorders lead to terminal renal failure.

The spleen is not enlarged.

Lack of treatment or improper treatment leads to stunted growth and sexual development.

Liver adenomas for unknown reasons occur in many patients, usually aged 10-30 years. Adenomas can be malignant, hemorrhages in the adenoma are possible. On liver scintigrams, adenomas look like areas of reduced isotope accumulation. Ultrasound is used to detect adenomas. If malignant growth is suspected, MRI (magnetic resonance imaging) and CT (computed tomography) are more informative, allowing you to track the transformation of a small, clearly delimited neoplasm into a larger one, with blurry edges. It is recommended that serum alpha-fetoprotein levels be measured periodically (a marker of hepatic cell carcinoma).

With age, the severity of hypoglycemia starvation decreases. Body weight grows faster than the weight of the brain, so the ratio between the rate of production and utilization of glucose becomes more profitable. The rate of glucose production increases due to the activity of amylo-1,6-glucosidase in the liver and muscles. As a result, fasting glucose levels gradually increase.

The clinical manifestations of type Ia glycogenosis and type Ib are the same, but with type Ib glycogenosis there is a permanent or transient neutropenia. In severe cases, agranulocytosis develops. Neutropenia is accompanied by dysfunction of neutrophils and monocytes, therefore, the risk of staphylococcal infections and candidiasis increases. Some patients have an inflammatory bowel disease resembling Crohn’s disease.

In the laboratory diagnosis of type I glycogenosis, the following are performed:

Metabolic disorders in type I glycogenosis due to insufficient glucose production occur several hours after eating, and with prolonged starvation they significantly increase. Therefore, the treatment of type I glycogenosis is reduced to frequent feeding of the child. The purpose of treatment is to prevent a drop in blood glucose concentration below 4.2 mmol / L, the threshold level at which stimulation of secretion of hormonal hormones is stimulated.

If the child receives a sufficient amount of glucose in a timely manner, the size of the liver decreases, laboratory parameters close to normal, bleeding disappears, growth and psychomotor development normalize.